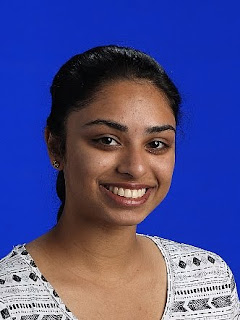 Megana Varma is an inspired and driven student who will be attending The University of Connecticut on set for a pre-medical track in the fall. She is one of few who achieved a place in the Special Program in Medicine (SPIM) and is excited to pursue a career in medicine. Born in Burlington, attending Pine Glen Elementary School and Marshall Simonds Middle School, Megana will graduate from Burlington High School this upcoming June. She will be traveling to Hawaii for the first time upon graduating, and hopes to swim alongside turtles.

It is not often you catch Megana without a book in her hands. She enjoys long walks with friends--sometimes waking them up at 6am on a Saturday much to their chagrin--and bike rides when the weather has stuck a simple breeze. She is no artist, but she enjoys filling up canvases with scenery and animals. Her walls are littered inch-to-inch with posters of all genres and styles, and she hopes to start a polaroid collection to soon hang in her dorm room.

Burlington High School brought many opportunities for Megana. She has been a member of the Debate Club for 4 years, and founded the UNICEF club with three friends. She joined and played field hockey freshman year, never realizing how much she would grow to love and miss it. Making the cut and playing with the tennis team was an integral part of her routine for the first two years of high school. These new experiences have encouraged Megana to join a dance team in college--a tribute to stepping out of her comfort zone. Mentoring students of all ages is how Megana both ensured her peers were prepared for their classes, and is additionally how she found her niche in Burlington High School.

Megana cherishes her time in high school--never forgetting friendships and social gatherings long past--and is ready to start the next chapter of her life as a Husky at UConn. Find her there loudly cheering on the women’s basketball team. 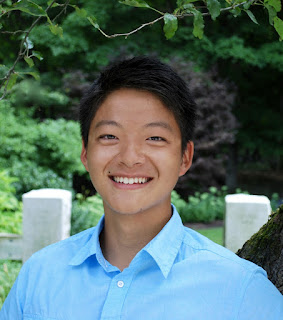 William Wen has been a dedicated student, athlete, and leader during his time at Burlington High School with a passion towards STEM. In terms of courses, William has followed a rigorous schedule and has emphasized the development of his skills of effective debate and critical thinking. His academics speak for itself, but it is his activities outside of the classroom that truly define him.


A four-year varsity swimmer, William’s leadership, sportsmanship, and competitive nature earned him the captain’s role where he connected with his peers and received the Player’s Award. His skills in the water have also led to his employment as a lifeguard and swim instructor. He is a clarinetist of eight years and leads the BHS Marching Band as the senior drum major and was also a participant in FIRST robotics. As a Chinese American, William is very proud of his culture, having taken ten years of Mandarin lessons, and plans to continue his proficiency in college for his travels.

Last summer, William attended a chemistry seminar at the prestigious Columbia University, and in his spare time, he was a research assistant at a tissue engineering laboratory. Here, he confirmed his passion for engineering and the sciences, and he has committed to the College of Engineering at Boston University to major in biomedical engineering.

Posted by Mark Sullivan at 2:15 PM