Laura Schissler is a senior at Burlington High School who has continuously challenged herself in all her pursuits throughout her four years here. Laura has taken a variety of courses, ranging from Design to Chemistry to Public Speaking, and is always looking to challenge herself academically. While taking a variety of AP classes, she also feels strongly about taking courses in diverse areas that pique her interest, filling her senior year schedule with classes such as International Studies and Introduction to Law.


Additionally, Laura has always made an effort to be active in many school and community events. She joined student council her freshmen year, taking on the position of Vice President of her class and is finishing her fourth year as the Vice President of the Executive Board. Laura has consistently made High Honor Roll through her years as a student and became a member of National Honor Society her sophomore year. Interested in creating an inclusive atmosphere at BHS, Laura joined the Peer Mentoring Program her junior year and was chosen as a Mentor Leader her senior year. Similarly, Laura was nominated her junior and senior year to participate in Peer Education to teach seventh graders about stress prevention and the dangers of drug and alcohol abuse.


Laura has been a member of Burlington’s Lady Devils Varsity hockey team for four years--two of which the team has won the Middlesex League Champion title. She played soccer her first year at the high school and took up spring track during her junior year. Outside of school, Laura has volunteered at the Northeast Animal Shelter as a kennel worker for two years where she takes care of dogs and assists with the adoption process. She has also volunteered at the women’s shelter, Rosie’s Place, in Boston. The summer preceding her senior year, Laura interned with the Environmental Protection Agency in Rhode Island. This internship allowed her to gain exceptional experience in the lab and the field as she assisted with numerous projects in Narragansett and Martha’s Vineyard.

Currently, Laura works at a local coffee shop and plans on attending college after graduating. Laura has applied to schools across the country and hopes to take part in many opportunities that college has to offer--especially travel abroad programs. With so many varied interests, from environmental science to social justice and political science, Laura isn’t exactly sure what her future will hold but looks forward to the adventure ahead. 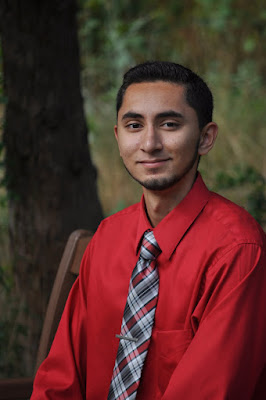 Mohammad Saif Shaikh is a senior who has made the most of his opportunities at Burlington High. A perceptive and diligent student, Saif has excelled throughout his high school journey. He has taken numerous AP courses in a variety of subjects ranging from Calculus to English to Chemistry. His favorite and most impactful course has been AP Computer Science, which has opened the door to hackathons and real-life applications of programming. Saif focuses on academics because he truly enjoys learning how the world works. He understands that learning never truly ceases and is excited to continue his pursuit of knowledge in college and beyond.


Beyond his academic endeavours, Saif participates in a many extracurricular activities. He has spent the last four years as a member of BHS’s Student Council and Math League. He has founded two successful clubs with friends, Programming Club and Ping-Pong Club, in which he holds leadership positions. He is also the Vice President of the National Honor Society here at BHS. As a math and science peer tutor for the past three years, Saif has displayed his initiative to better his peers and his surroundings. He has also volunteered and interned at Boston’s Museum of Science for over two years, leading design challenge activities pertaining to engineering and robotics. At the museum, he tries to inspire young visitors to be innovators and spark their curiosity towards science and technology.


Saif derives his work ethic and competitive spirit from his favorite pastime: sports. He has been heavily involved in Burlington athletics, from soccer and basketball to swimming and tennis. This year, he earned a varsity letter in swimming despite being a first year swimmer. He also holds a leadership role on the varsity tennis team. An enthusiastic Celtics and Warriors fan (since before the bandwagon), he loves watching sports just as much as playing.


Outside of school, Saif channels his energy into the larger issues of our world. A first generation Indian-American Muslim, he holds his roots close. He has volunteered with humanitarian organizations such as Indian Muslim Relief and Charities as well as NuDay Syria to provide aid and education to poverty-stricken individuals abroad. Locally, he has dedicated time at the Burlington Food Pantry and Public Library. At hackathons and other programming competitions, he collaborates with friends to develop progressive solutions to relevant problems and express himself through creation.


Despite his busy schedule, Saif always finds time to goof around with family and friends. He is an open-minded, sympathetic, and friendly person who loves to crack jokes and lighten the mood. Saif hopes to study Electrical Engineering and Computer Science in the coming years. His top choice schools include Stanford, Princeton, and Northeastern University, and he wishes to study abroad at some point (in Spain maybe). Wherever he ends up, Saif will continue carving a unique path through life, making unforgettable memories and chasing excellence.
Posted by Mark Sullivan at 11:01 AM