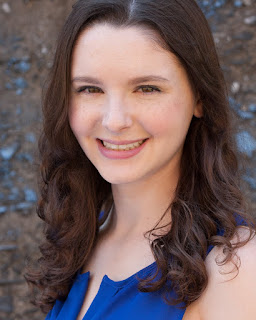 Laura Frustaci is a studious and passionate leader at Burlington High School. She maintains a rigorous academic course load and heavy involvement in extracurriculars. In her time at BHS, she has taken many Advanced Placement courses, along with two Bay Path University courses. When she’s not hitting the books, Laura can be found on stage; she is an integral part of drama productions both in school and in community theatre. Laura is President of National Honor Society, captain of both the Idle Hands Improvisation Club and the Slam Poetry Team, an editor of the literary magazine, a student mentor, and she will be playing the titular role in the spring production of Peter Pan.

Laura has been honored with several award nominations for her work in theatre, including ArtsImpulse Boston’s Best Specialty Ensemble Award for her performance as Anne Frank in The Diary of Anne Frank and the Massachusetts Educational Theatre Guild’s Best Featured Actress for her portrayal of Miss Andrew in Mary Poppins. Laura also received the Boston Conservatory Book Award, and she has been published in BHS’s award winning literary magazine Collab. Her short story “Red Roses” recently won the Collab Short Story contest.

In February, Laura will travel to Spain for two weeks with the Spanish Exchange Program. Laura’s hobbies outside of school include reading, ballroom dance, skiing, and singing. She has spent the past ten summers learning, then teaching, at Reagle Music Theatre Summer Program. Laura will continue to perform in the future, and she has a keen interest and involvement in Political Science. So far, Laura has been accepted Early Action to Harvard University.

Both inside and outside of the classroom, Laura is an avid learner. She strives to create happiness and excitement wherever she goes. Laura has an engaging, ebullient personality, and she is ready to face each new challenge with determination and optimism. 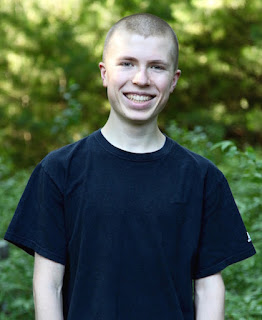 Benny Grubner is a senior at Burlington High School. He is incredibly hardworking and does well academically. However, he prefers more hands-on, skill-based learning activities over the traditional classroom environment. Outside of school, Benny reshelves books and DVDs at the Burlington Public Library where he has worked ten hours every week since 2015. He also has volunteered over thirty hours at various community and school-related events over the past few years. Cars are Benny's main passion, but he also enjoys restoring scrapped bicycles in his free time. Currently, Benny is in the process of completely rebuilding an eighteen-speed mountain bike. Once he is finished with this bike, he is planning on buying an 1987-'93 or 1999-’04 Ford Mustang. As for his career goals, Benny plans to go to Middlesex Community College before transferring to another school to obtain a bachelors in mechanical engineering. Immediately after college, Benny plans to start working full time in a mechanical or construction trade.
Posted by Mark Sullivan at 9:26 AM