Congratulations to October's Students of the Month Anusha Datar and Sebastian Beuchelt:


Anusha Datar is a senior at Burlington High School. Over the past four years, she has maintained high grades in rigorous classes. She has also received numerous academic awards, such as the Middlesex League SILS Award, high honors, several National Latin Exam medals, the Rensselaer medal (for math and science achievement), AP Scholar with Distinction, and National Merit Commended Scholar.

Extracurricularly, Anusha has been a co-president of the BHS FIRST Robotics team for two years, a co-captain of the debate team for two years, a co-president and then president of the multicultural club, and a leader of the school’s Humans of BHS Facebook page. She competes on the BHS swim team. Her community service involves organizing and mentoring students at LEGO robotics programs in Burlington schools and teaching and helping at Shishu Bharati School of Indian Language and culture every Sunday. She works at Einstein’s Workshop in Burlington and is also a private tutor. Anusha hopes to major in electrical engineering and computer science next year. 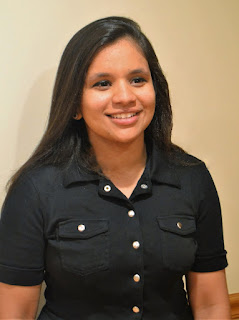 Sebastian Beuchelt is a senior at Burlington High School. His favorite subjects are calculus and biology. His overall high grades and commitment to extracurriculars in these interests rewards him with the student of the month award. Sebastian wants to study these subjects in future in college and to become a future doctor. Sebastian is a responsible and a hard-working student. Moreover, his balanced academic and extracurricular achievements have allowed him to get to know new interesting individuals and connect with new people.

Sebastian has volunteered over 225 hours each year as a ski patroller for Cannon Mountain. By combining his three of his passions of skiing, medicine, and helping others, Sebastian got his first job as an emergency responder in ninth grade. He ensures trail safety, assists with mountain logistics, and helps people medically both on and off the slopes. His immense commitment to the Ski Patroller has given him the responsibility to train and develop younger and newer Ski Patrollers.

Sebastian enjoys his time at school: especially the classes in which he has to think critically and help others. His ability to deal with challenging tasks makes him a very enthusiastic student in his five AP classes. When he is not busy with school or work, Sebastian enjoys soccer, gymnastics, computers, and having fun with friends. Sebastian is a productive and interesting student with a good sense of humor. His ability to meet and connect with new people shows that he believes that friendship is one of the most important aspects of school and life. He enjoys traveling and will be participating in the Spanish Exchange program this fall and spring, hoping to learn more about the Spanish culture and language. Sebastian likes to experience many new, interesting things and discover the world he lives in.

Posted by Mark Sullivan at 8:09 AM