As we do every year,  this past Friday Burlington High School took time to recognize the 15th year anniversary of September 11, 2001.

We also took time to specifically remember several members of the Burlington Community who lost their lives on 9/11:

In addition to a moment of silence and the singing of the National Anthem, we place a vase with four roses in the lobby of the high school - it sits in front of the plaque in memory of the four members of the BHS community we lost - and will never forget. 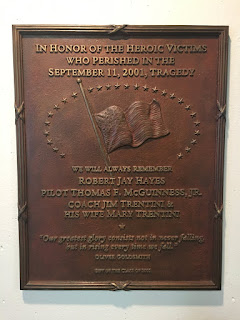 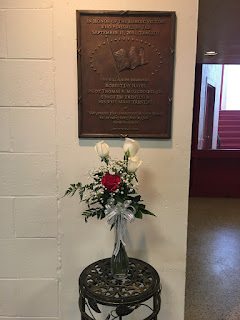 Students and staff are also helping to commemorate the 15th anniversary in other ways:

A group of students from Burlington High School are in Boston today, with Mr. Sheehan, taking part in the  traditional wreath-laying, moment of silence and statehouse ceremony. They are doing this in cooperation with the Massachusetts 9/11 Fund. 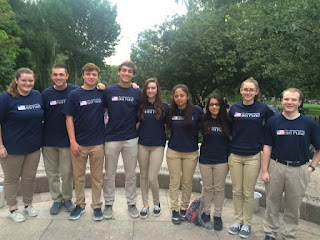 Students in Mr. McNeil's math classes helped the Town of Burlington and their efforts to help commemorate the 15th anniversary. They helped Mr. Hogan and the town configure the geometrical placements for the flags on the town common. The students also helped place them yesterday.

Time goes on for everyone who was affected by this tragedy, and it is hard to believe it has been 15 years, but we paused Friday morning to remember and participated in different events so we never forget this horrible tragedy and the thousands of innocent people who lost their lives.

Posted by Mark Sullivan at 9:27 AM