The Fogelberg Performing Arts Center will be host to a new opportunity for the community to experience high quality performances at their doorstep with the Burlington Community Concert Series. Founded to provide a continuing program of performances intended to enrich the lives of the community through the performing arts, the series is an opportunity for the broader community to have access to and take enjoyment from the public spaces they support. The creation of the series was sparked by Dr. Eric Conti, Burlington’s superintendent of schools. With idea in hand, he approached John Middleton-Cox, Director of Performing Arts for the district and artistic director of Burlington High School productions. Middleton-Cox leads programming of this new series

The Burlington Community Concert Series, an exciting new program of performances enriching the lives of the community through the performing arts, will present its inaugural concert on Sunday, Dec. 21, at 2 p.m. in the Burlington High School’s Fogelberg Performing Arts Center. Featured performers are three impressive young pianists from the Boston area: Amir Siraj, George Kiu and Katherine Liu.

Tickets for the Burlington Community Concert Series performance on Sunday, Dec. 21, are $10 for senior citizens and students, and $15 for adults.

They are available at BurlingtonTheatre.com, 781-A-FUN-TIC and at the door. The Fogelberg Performing Arts Center, located at 123 Cambridge Street in Burlington Massachusetts, is an accessible venue with multiple parking spaces and separate entrance. 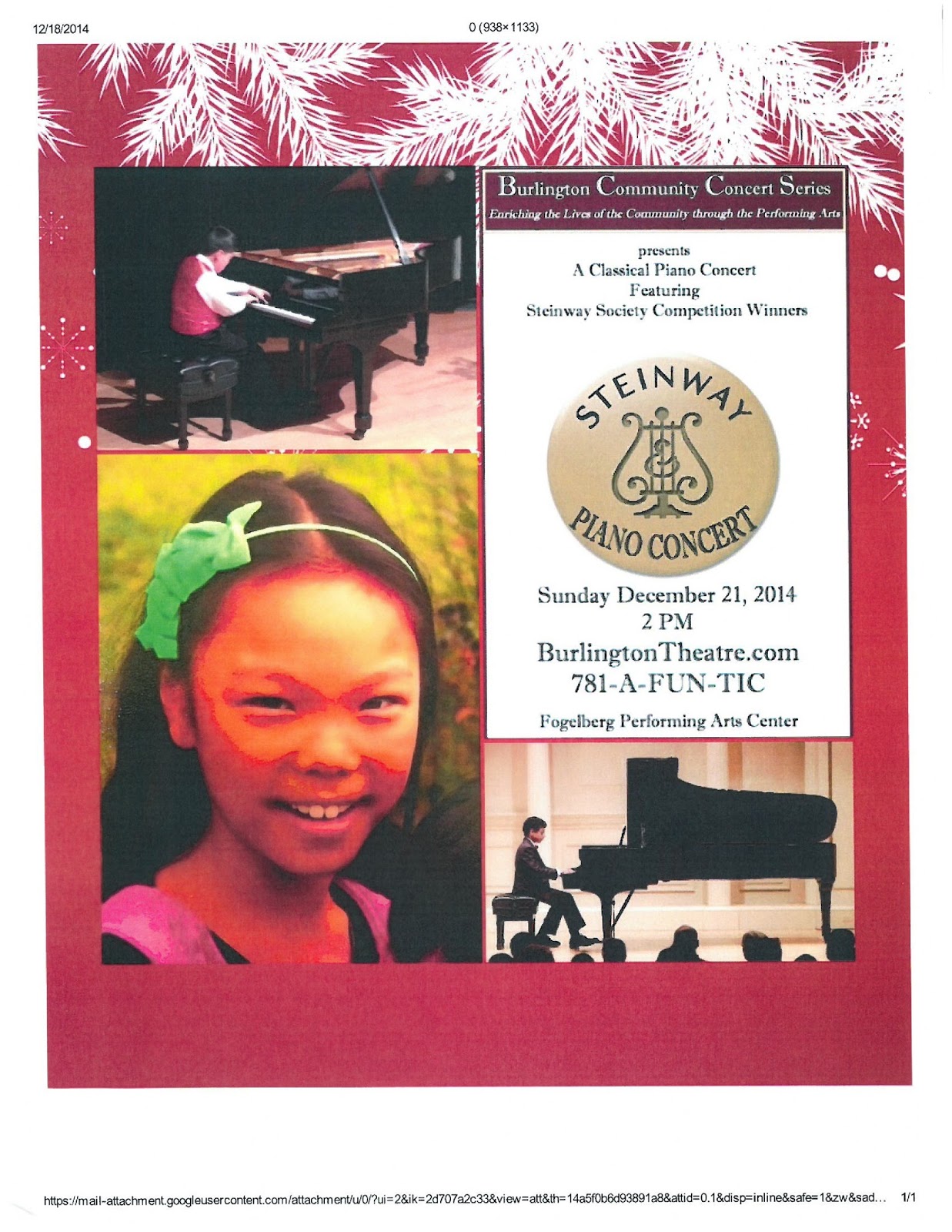 Posted by Mark Sullivan at 5:09 PM