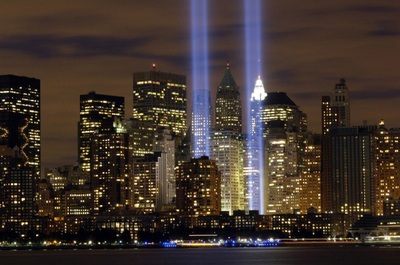 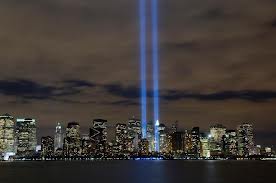 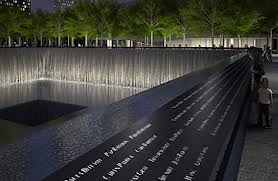 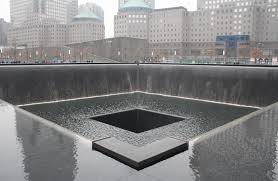 The 9/11 Memorial honors the sad day of loss in our country. Artists, architects and designers used their talents to create a memorial that honors the horrible events on 9/11.

This display, known as Tribute in Light®, appears as twin shafts filling the void of where the World Trade Center twin towers previously stood in lower Manhattan. The memorial plaza will be open on Sept. 11 to the general public for the first time since the attacks, from 6:00 p.m. to midnight, for anyone who wants a closer look at this feat of illumination. Tribute in Light® has become known throughout the world as an example of the healing power of art as people remember and revisit the 9/11 Memorial.


After 9/11, several individuals came up with the idea of two beams of light rising above the skyline of New York. These artists, lighting designers and architects collaborated as part of the effort to promote unity during the massive rescue and recovery that was underway. The team received a grant from the Lower Manhattan Development Corporation and additional assistance by Con Edison, New York’s utility company. Six months after 9/11, the lighting tribute was presented for the first time on March 11, 2002. It was produced by the Municipal Art Society of New York (MAS), founded in 1893 to preserve landmarks and public spaces, and Creative Time, an organization that commissions public art.


Read more about the tribute of light here 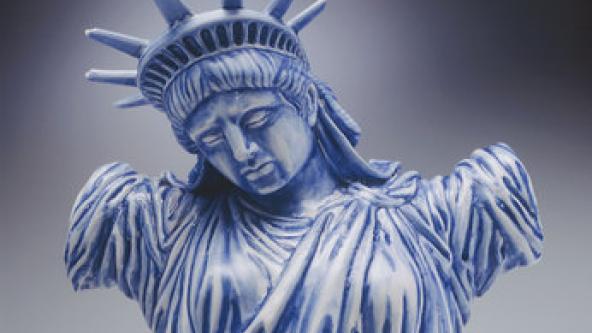 The 9/11 Memorial created the Artist Registry. This is a database of professional and novice artists who created of works of art in response to 9/11. It is a wonderful collection of art from around the world and a great way to see how others express there feelings and emotions through art.