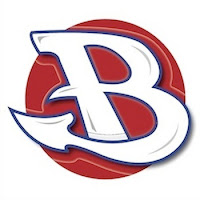 Congratulations to Adam Bonfilio and Paul Hogan who won Division III State Championships at the MIAA Tournament this weekend.

Paul was the champion in the mile (following David Taranto who won the event last year) with a school record time of 4:21.93

Adam was a double state champion and threw in a runner-up performance in a third event. Adam won the 400-meter intermediate hurdles in a school record mark of 55.72 and won the 110-meter high hurdles in 15.23. Adam was also second in the long jump at 20' 7.25"

On the girls' side Congrats to senior Jazmine Smith also earned the title of state champion in two events. Beating her own personal best throws in both the shot put and discus; 39'5.5" and 131'1" respectively.  Both throws place her in the top four in Massachusetts heading into the All-State meet.

Other highlights from the Red Devils last weekend:

The 4x400 meter relay team of senior Gam Dhliwayo, junior Nicole Hardy and sophomores Erin Hardy and Rebecca Salina placed fourth with a time of 4:14.77 and also earned a spot at All-States.

Sophomore Stephanie McFadries also placed third in javelin with a throw of 115'8" qualifying for All-States.

Posted by Mark Sullivan at 1:04 PM