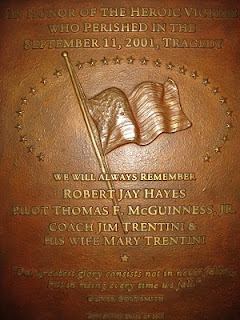 September 11th holds a special place in the hearts of all of us.  Today we mark the eleventh year memorial of the tragedy of September 11, 2001.  In addition to the thousands of innocent victims who lost their lives, we pause to remember several members of the Burlington Community.

We will never forget.

In addition to a moment of silence and the signing of the National Anthem, a vase with four roses is placed in the lobby on September 11 - it sits in front of the plaque in memory of the four members of the BHS community we lost. 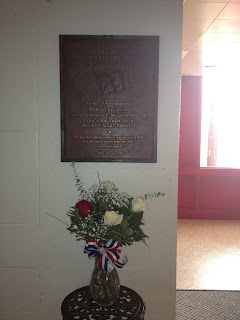 Posted by Mark Sullivan at 8:03 AM