From The BHS Music Boosters Blog:: 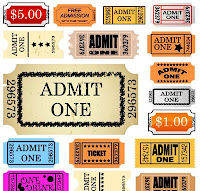 Burlington High School has been lauded for its technological advances in education and is now on the forefront of another imminent milestone.

As the curtain opens at the Fogelberg Performing Arts Center on Friday, March 23, the school will not only perform Cole Porter's Tony award-winning musical production, Kiss Me, Kate, but it will close in on the 25,000th ticket sold over the past ten years.

Artistic director and producer John Middleton-Cox has been involved with these productions for all ten years. Some may say he is an innovator in the world of high school productions, nurturing some fantastic talent and producing shows that are provocative, endearing and just plain entertaining.

Among the shows have been Jekyll &Hyde, Mame, Anything Goes, Les Miserables, Thoroughly Modern Millie, The Wizard of Oz, Titanic and Beauty and the Beast.


Selling 25,000 tickets over a ten year span is no small task. In 2002 approximately 900 general seating tickets were sold for Fiddler on the Roof mostly through print media. As the years progressed the numbers grew at an impressive rate which can be attributed to electronic means such as social networking sites, e-bulletins and event bulletin boards.

Rather than a three-show run over one weekend, the spring production now spans over two-weekends with a total of five performances. Last year's ticket sales reached a single production record of 4,027 when BHS performed Beauty and the Beast.


Burlington High School's spring musical has become the event of the year for the community, bringing young and old out to see great musical theatre in their own backyard.