From the BHS Music Boosters Blog:
This weekend the Burlington High School Music Boosters will host their annual Gala Benefit Concert and Silent Auction in the Fogelberg Performing Arts Center of the high school. The event will take place on Saturday, November 5, at 7:30 pm. Doors will open at 6:30 pm for bidding on our exciting silent auction items.
Silent auction items include tickets to the Boston Red Sox, orchestra seats for La Cage Aux Folles, season tickets to all BHS theatrical productions, gift baskets and gift cards for services and eateries in the Burlington area. All proceeds from the concert will go directly to the programs of the Music Boosters which include scholarships, transportation, award banquets and other items requested by music staff that support successful educational experiences and musical performances.

The performers are busily preparing for what promises to be an exeptional night of music and memories. Not only will the New England Tenors be returning after an overwhelmingly popular performance last year but we will also bring back stars of BHS musicals past in revivals of their showstopping songs.

The NEW ENGLAND TENORS will be guest artists for the event following their highly acclaimed concert performance last year. The tenors, JOHN MIDDLETON-COX (Burlington Public School’s own Coordinator of Music), DAMIEN CORCORAN and RAY BAUWENS, will perform musical selections that cross generations and styles, from opera to musical theatre to Irish rock!
Alumni who will return to perform at the Gala Benefit Concert are: 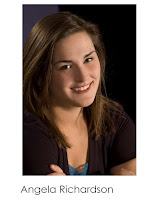 ANGELA RICHARDSON (2004), who is remembered for her larger than life portrayal of Auntie Mame at BHS.A graduate from Eastern Nazarene College in music performance, she is employed bythe Reagle Music Theatre of Boston. Angela has performed with a number of localtheatre companies including Nunsense with the Burlington Players and most recently as Jo in the WellesleyPlayers sold out run of Little Women.

AMANDA POTTS (2004), a graduate of the University of Connecticut and a MMuEd student at GordonCollege. She is remembered at BHS for her roles in Guys and Dolls and Mame. Amanda has recently starred in TheCenter for the Performing Arts (Natick) production of I Love You, You’re Perfect, Now Changeand ACT Andover’s production of Beauty and the Beast. Amanda is theinstrumental music teacher at Francis Wyman Elementary School.

ANDREA GIANGRECO (2009) who recently graduate of Salem State College. She is remembered for herlead roles in the BHS productions of Anything Goes and LesMiserables, and comes back to BHS following a run in the Turtle LanePlayers production of The Rocky Horror Show. Andrea has also played several lead roles with the Pentucket Players of Haverhill.

EVA RAE COSTANZA (2010), who is currently studying musical theatre at Boston Conservatory. Eva, a former youth performer with North Shore Music Theatre, performed lead roles at BHS in Les Mis, Thoroughly Modern Millie, Annie and The Wizard of Oz, as well as the Burlington Educational Summer Theatre production of Annie! She is a costuming assistant with The Costume Room and has worked with Backyard Broadway and Burlington Educational Summer Theatre. 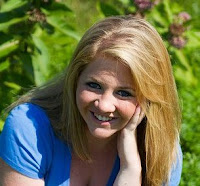 JAMIE COOK (2010), currently a student at Hofstra University in New York. Jamie is bestremembered for her roles in Thorough Modern Millie and TheWizard of Oz, and has been seen in the Burlington Educational Summer Theatre production of Annie. She returns to Burlington following a lead role in Hofstra’sproduction of The New Brain.

There will also be a special performance of a selection from Fiddler on the Roof by TAHLEEN (2005), NISHAN (2008) and ZAVEN OVIAN (2012) with their mother and outgoing Music Boosters member, VANESSA OVIAN. The Ovians have collectively appeared in every musical that has appeared on the BHS stage for the past ten years. They have played lead roles in Mame, Jekyll & Hyde, Les Mis, Thoroughly Modern Millie, Titanic and Beauty and the Beast, and the Burlington Eduational Summer Theatre productions of Annie and Little Shop of Horrors. They have all participated in both the BHS band and chorus programs.Vanessa has an MA in Vocal Performance.
Please make plans to join us on Saturday evening, November 5 at 7:30 with family and friends!

A festive dessert buffet will be served during our silent auction intermission!

Tickets are available online at www.burlingtontickets.org or at the music office. Info: 781-A-FUN-TIC.