From the Burlington Music Boosters Blog:

Following an overwhelming response to their performance at last year’s event, the Music Boosters have invited The New England Tenors back for a return engagement. The benefit will also showcase Burlington High School alumni in reprise performances from musicals past.

The New England Tenors members John Middleton-Cox, Damien Corcoran and Ray Bauwens, never cease to captivate their audiences with their brilliant cross-generational performances. With combined roots in musical theatre, opera and rock, repertoire includes classics made famous by The Three Tenors, the Irish Tenors, operatic arias, and just the right sprinkling of current and popular favorites. 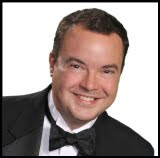 John Middleton-Cox, tenor, is originally from Northern New York and holds a Master of Fine Arts in Musical Theatre from Boston Conservatory. As a classical tenor, he has performed a variety of professional roles from Dr. Blind in Die Fledermaus to the Duke in Patience, and regards Jordan Hall, the Emerson Majestic and The Old North Church to be among his favorite performance venues. Middleton-Cox is the Coordinator of Music in Burlington, Massachusetts, where he also conducts the high school choruses and produces and directs the spring musical. He is Music Director at North Parish Church in North Andover. 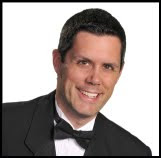 Damien Corcoran, tenor, obtained a Bachelor of Arts in music from Rutgers University where he performed for five years with the Rutgers Opera Workshop. Other favorite performances include those with the Boston Symphony Orchestra and Boston Pops as a member of the Tanglewood Festival Chorus and the Amato Opera Company in New York City. In addition to a capella performances in restaurants in New Jersey and Massachusetts, Corcoran is the lead man for the Irish-flavored rock band, Demijon Music Clan. 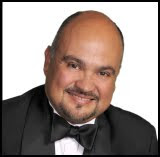 Ray Bauwens, tenor, is well known to audiences not only in New England but also internationally. Some of Mr. Bauwens’ recent performances have included the roles of Cavaradossi in Tosca, Dick Johnson in La Faciulaa del West, Riccardo in Un Ballo in Maschera, and Turiddu in Cavalleria Rusticana. He has appeared with the National Symphony of the Ukraine, the Mexico State Symphony Orchestra, the Handel and Haydn Society, Opera Providence, Connecticut Concert Opera, Wellesley Symphony Orchestra, Boston Civic Orchestra, the Rhode Island Philharmonic and during Lila York’s staging of the final movement of Beethoven’s Ninth Symphony with the Boston Ballet.

The Gala Benefit Concert and Silent Auction is the most successful fundraiser for the Burlington High School Music Boosters Association. Proceeds from the event will fund scholarships, support award banquets, assist in transportation and fulfill wish-list requests from the music department.

Admission to the Gala Benefit Concert and Silent Auction is $15 adults, $10 senior citizens and students. Ticket prices include reserved seats at the evening’s performance and festive dessert buffet served during intermission at which time bids may be placed on silent auction items. Tickets can be purchased online at www.burlingtontickets.org. For more information please phone 781-A-FUN-TIC.