Middleton-Cox To Honor 9/11 Victims in Shanksville, at Pentagon and in Times Square

From The BHS Music Boosters Blog 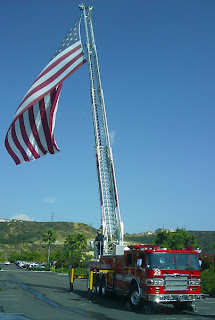 This Sunday as all Americans remember the tragedy of 9/11, the World Memorial Patriot Flag project will continue on its mission to travel to 50 states in 50 weeks crossing the country and travelling nearly ninety thousand miles honoring the fallen.

Transporting its 30 x 56 foot flag to honor the first and second responders, 9/11 families and the fallen of the attacks on America, the Patriot Flag will make its Ten Year Anniversary stops at the sites that have become a part of that tragic day.

Travelling with the Patriot Flag to Shanksville, Pennsylvania, The Pentagon and Times Square will be local musician and music educator John Middleton-Cox of North Andover, Massachusetts, a gifted tenor who has accepted the invitation to perform “The Star Spangled Banner” as the flag is raised at these sites.

Middleton-Cox has already felt the humility and pride that go with a performance of this type, having travelled alongside the Patriot Flag to five other venues across New England.

In his own words, Middleton-Cox explains the significance of his performance.

I don't need the attention, it is more a point of pride. I am honored to just be among these people, namely retired FDNY Lieutenant Joe Torrillo who survived both towers of the World Trade Center falling on him. As a survivor he has dedicated his life to lifting up the memory and the sacrifice these brave men and women gave. It is a way to draw attention to the first responders, to say we are paying attention and we remember; the ones who gave their lives, the families they left behind, and the current emergency teams serving today. Thank you for risking your lives for our safety. 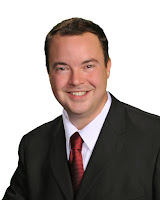 Middleton-Cox has been with Burlington Public Schools as a music educator and the Coordinator of Music since the fall of 2000. As a performer he has taken the stage as the leading man in operas and musical theatre. He serves as music director and is a member of the trio, The New England Tenors, and is Music Director for the North Parish Church in North Andover.

A man who has performed in concert halls and dinner theatres, his performances this Sunday will be the most humbling of his entire career. A solitary voice in a lonely field in Pennsylvania, at the headquarters for this country’s Department of Defense and at the “crossroads of the world” in New York City, Middleton-Cox will perform a capella to honor all Americans, resting on the final and profound phrase, “Oh say does that star-spangled banner yet wave, o’er the land of the free and the home of the brave,” as the flag, a symbol of pride, unity and resolve, is raised high.

Sponsored by local fire departments and American Legion posts, the goal of The Patriot Flag is to send the message “United We Stand, We Have Not Forgotten.” For more information on the World Memorial’s Patriot Flag event, including the complete schedule of stops on its 50 state tour, visit their website at http://www.thepatriotflag.us.