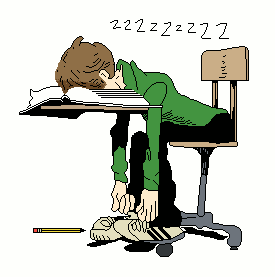 Back in March I read Nurture Shock by Po Bronson and Ashley Merryman and I was intrigued about the research findings on the impact of a later school start on teenagers.  I am not surprised to see that the results of a similar study are also quite positive as highlighted in an article in today's Boston Globe - Study shows teens benefit from later school day.


Here is an excerpt from Nurture Shock that I shared in my post back in March that discusses Edina High School in Minnesota and the school's decision to change it start time by 65 minutes.

"The decision to change the Edina High School start time from 7:25 to 8:30 was made in the spring of 1996 and implemented in the 1996-97 school year. The decision was made in response to a request from the Minnesota Medical Association (to all superintendents in Minnesota) to start high schools later, and that was in response to definitive medical research on adolescent sleep patterns from Brown and Johns Hopkins Universities. USA Today states that Edina was the first district in the nation to change start times based on that research."
More than a decade later, it strikes me as odd that a change such as this that is founded upon clear medical research and has concrete data that indicates tremendous gains for students has not been implemented in more schools. A later start time has been proven to increase student achievement dramatically, lower absences, lower the number of students diagnosed with depression and A.D.D. Then again, maybe I am missing something?
At BHS, we implemented a later start time on state testing days this year to give our students the benefit of an extra hour.  I am hoping that we can start a serious discussion in Burlington this year on a later start time throughout the school year.
Posted by Unknown at 6:41 AM