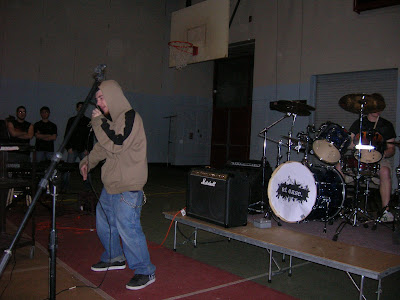 BHS's second Battle of the Bands was a very successful event, with 13 bands vying for 2009's top honors. The talent at this year's Battle was extraordinary: fans, judges & sponsors were extremely impressed with all of the musicians.

Second place went to alternative band Undertow who were lauded for their professional set. The members of Undertow are Patrick Hanafin, a freshman at BHS, Ayanna Coleman from Belmont High, Gabe Follettie and Naseem Silver from Concord Academy, and Amir Rivera-Lieberman from Cambridge Rindge and Latin.

The popularity prize, as determined by the fans, went to at ease. This band, who closed out the night with a tight set, consists of all BHS students: juniors Katie Campbell, Carolyn Kelly, Eric Leva & Chelsea Rose, and seniors Kristie Bezreh & Alex Meier.

The Class of 2010 would like to thank the judges, the chaperones, the administration, the bands, the fans and the sponsors: Moontower Recording Studio, Real School of Music, Aladdin Label, Daddy's Junky Music, & Newbury Comics. 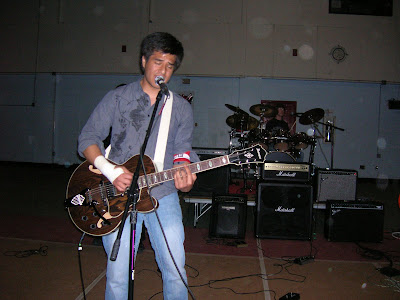