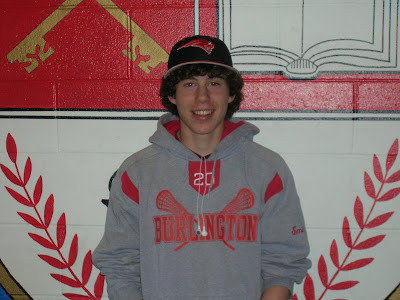 BHS sophomore Ryan Smith earned $5,000 for the BHS Lacrosse program at Saturday night's Boston Blazers lacrosse game by hitting the goal with a toss of 74 miles per hour. Saturday night was the final regular season game for the Blazers and the team hosted each of its fastest toss winners from earlier games. Thanks to his win earlier in the season and a win by teammate Nick Francescucci at another game, $7,000 has been added to the BHS boys and girls lacrosse programs ($3,500 for each squad).
Posted by Unknown at 12:44 PM