Guest Post From Mr. Whitten In China With Local Students On Pathways to China Trip 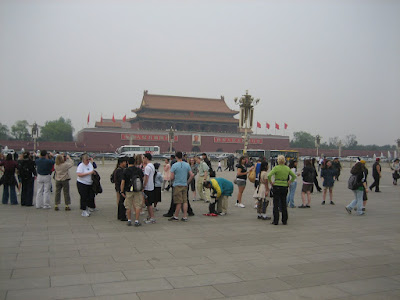 The following is from BHS Social Studies teacher Todd Whitten who is in China with some students from area schools this week as part of the China Pathways program. BHS Social Studies staff member Rachel Zucker and BHS seniors Cassandra Papas and Michael Horwitz are also on the trip.

Today was all about palaces. We spent the morning at the Summer Palace, seeing where the emperors would go to escape the summer heat, and marveling at how large the place was. We got our first real sense of what it is like to be in a country of over 1 billion people, as today was a prime day for the Chinese people to go to their local tourist destinations! We took some time to play a name gameto get to know all of us on Bus Yellow, which drew a crowd of on-lookers as well.

After lunch we then went to the Forbidden City and continued to marvel at how large a place the emperor lived in, and continued to make new friends who enjoyed taking our pictures. From there we went into the heart of Beijing, Tiananmen Square, and heard about our guide's experiences being a college student who was in the square for three days in 1989. After that we went to the Hongqiao Pearl Market, where we did our best to both hone our bargaining skills and help to keep the Chinese economy strong. Dinner was at a Dai restaurant, which is an ethnic group located near the Thai boarder with China. Some of us then went out to walk around the neighborhood of our hotel, and others of us chose to collapse in our rooms and call it a day!

Tomorrow is off to the Great Wall and then to the Sacred Way of the Ming Tombs, before coming back to pack for an early morning departure to Xi’an the next day. 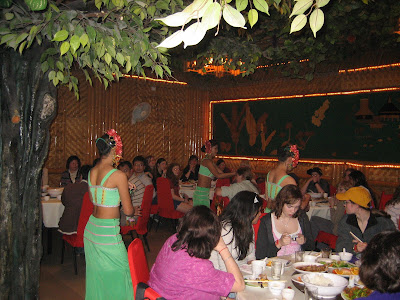 For more photos and information from the student trip check out the blog some of the students from Reading High School have set up. 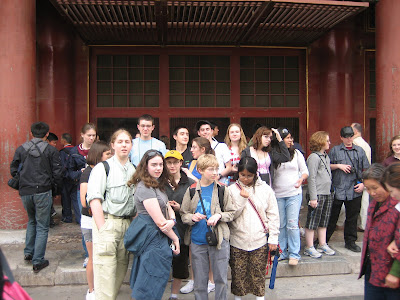