Super Eight Chammpionship game tickets are on sale at the BHS main office for $8.00. They will be $13.00 at the Garden on Sunday for the 7:30 game against Catholic Memorial. 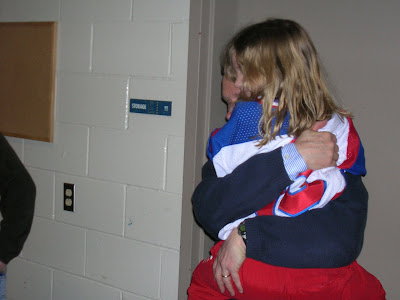 Coach Conceison Gets A Hug From His Favorite Cheerleader. 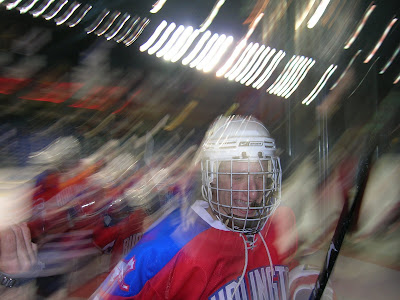 It was a blur after the game, but the look on KO's face was clearly one of jubilation. 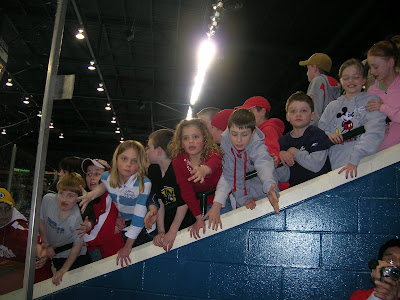 Our little Devils fans could not wait to shake hands with their team after the win. 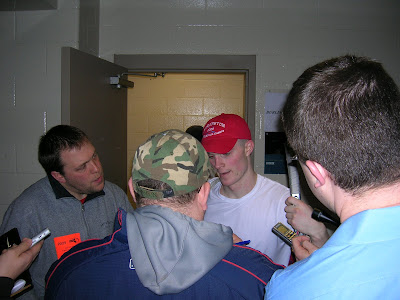 Brian Hanafin scored the lone goal in the game and he was quite popular with the press after the game. 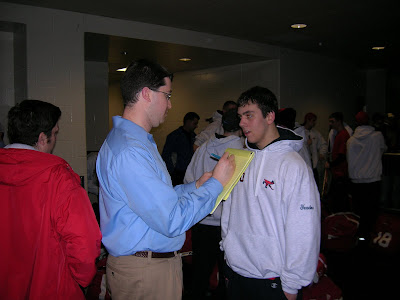 Joey Yeadon was also sought after by the press.
Posted by Unknown at 10:11 AM