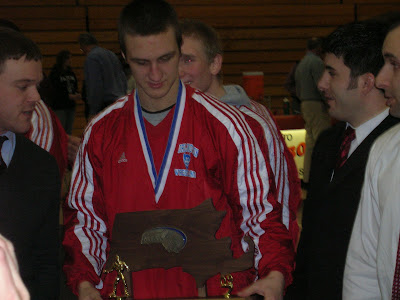 Check out the article in today's Boston Herald which also has a picture of Jason Hubbard pinning his opponent in the 152 pound patch.
Also from Today's Boston Globe -
Division 3 - Behind strong performances from its upper weight classes, Burlington overpowered Wayland, 37-23, for the Division 3 title.
Of the six upper weight matches starting with the 152-pound class, the Red Devils won five. They were sparked by Jason Hubbard's pin at 152. The Burlington heavies scored 20 points.
The other winners for the Red Devils were Peter Flemming with a technical fall (103), John Murphy (119), Matt Sherman (130), Kevin Barrucci with a pin (140), Christian Francois (160), Alex Giampapa (171), Greg Romagna (189), and John Carrabino (285).

Here's the link to the Boston Globe story which also has a picture of BHS wrestler Mike Keating during his match. 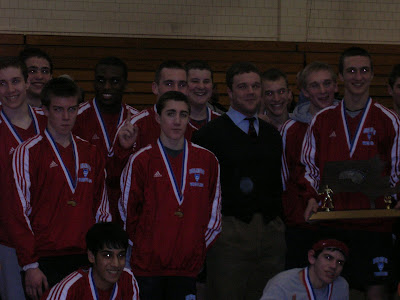 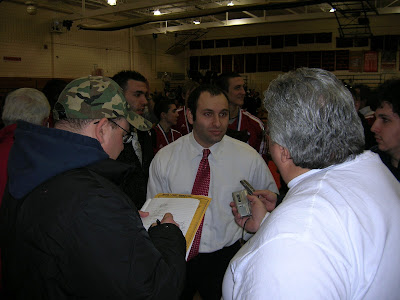