The BHS hockey players were so thankful of the warm receptions that they received back at their former elementary schools today. It was a special day as they were able to go back and share the excitement of the Super Eight finals with students at their former schools. Each group presented each elementary school principal with a Burlington High Middlesex League Championship shirt and then spent some time with our future BHS students. It was a great day for the players, the elementary students, and the high school administrators who got to go along for the ride. 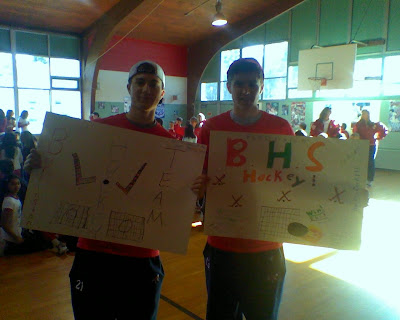 Peter Milinazzo (left), Paul Conceison (right) and their fellow Pine Glen "Academy" (as they fondly refer to it) were greeted warmly with student-made signs. 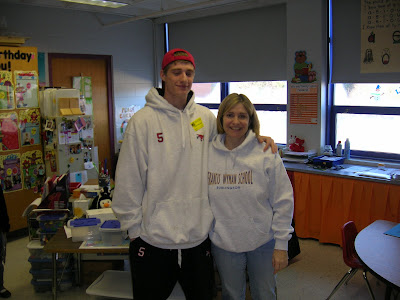 Kevin O'Neill was a VIP at Francis Wyman "University" (as he and his teammates referred to it). He was greeted by his #1 fan (his mom) who is also a first grade teacher at Francis Wyman. 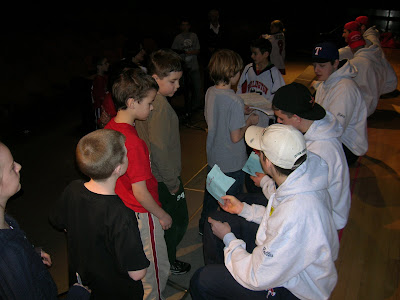 Some of the 5th graders at Francis Wyman requested autographs and our boys were happy to oblige. 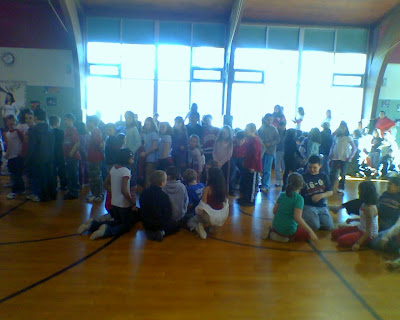 The students at Pine Glen were also lined up for signatures from the Super Eight finalists. 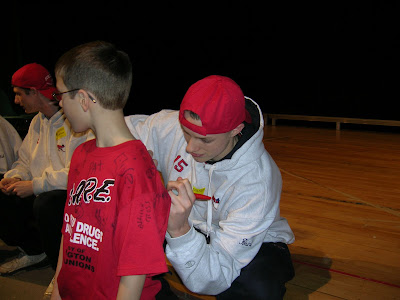 Some of the players (Senior James Brine in this photo) were asked to sign articles of clothing. 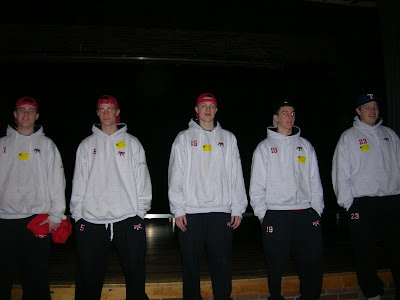 From left to right - Steve Walsh, Kevin O'Neill, James Brine, Neal Pandolfo, Mike Fahey, and (Ryan Collins who is not pictured here) never thought they would be back on stage in the Francis Wyman auditorium. They also said that the auditorium looked a lot smaller than what they remembered.
Posted by Unknown at 8:32 PM