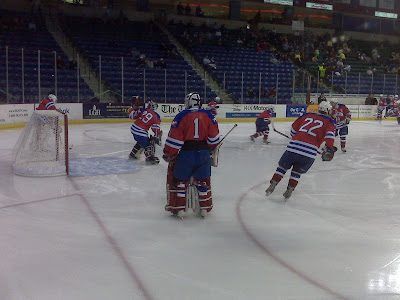 BHS goalie Ben Irwin (29), shown during pre-game warmups, was on top of his game, posting the shutout with 24 saves against Needham in the 2-0 Red Devils win to open Super Eight play. Steve McLean opened the scoring for the Red Devils in the second period with an unassisted effort.

Joey Yeadon brought the fans to their feet with a great goal late in the third as he rifled a shot over the Needham goalie's left shoulder. Paul Conceison and Sean Duffy assisted on the insurance goal. Check the goal out at the Boston Globe site.

The Red Devils will take on Malden Catholic on Thursday night at 8 p.m. back at the Tsongas Arena. Malden Catholic rolled past Xaverian 5-0 in their Super Eight opener today. 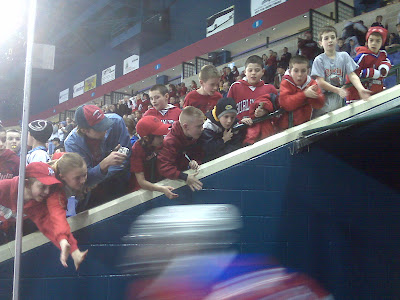 The little Red Devil fans showed up in full force. Above they look for a high five from one of the BHS players as he goes streaking by heading onto the ice prior to the game. 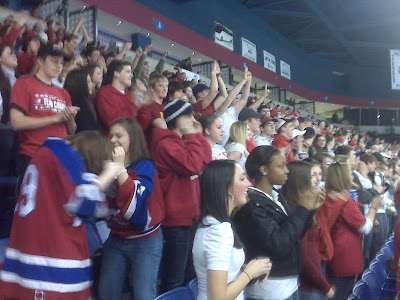 The MIAA officials noted that not only did Burlington bring the most fans to the Tsongas, but they also noted that our students were the best of the day! No surprise here!