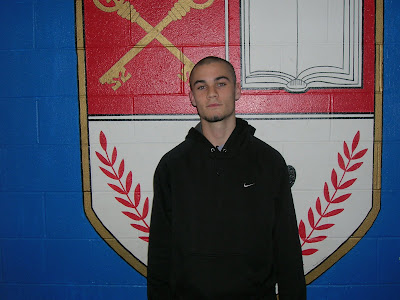 Competing in the Mass State Track Coaches Association Elite Meet Sunday afternoon, Shane Faria lowered his school record in the 300 meters to 36.63 seconds. The meet brings together the top 24 athletes in each event from the entire state in all divisions, based on time. Shane finished 8th and has now broken five school records since his streak began on December 30.
Since he already owns all the school indoor sprinting records after his 3 records in 12 days stint a couple of weeks ago, Faria was forced to start breaking his own records. Last week against Woburn, running the 55-meters for the first time since setting the record at 6.6 seconds in early January, Shane shaved another tenth of a second off to lower his mark to 6.5 while remaining undefeated on the season.
Posted by Unknown at 9:55 AM