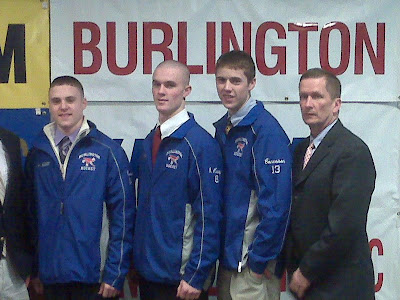 The Red Devils will take on Needham in their Super Eight opener at 6:45 Sunday night at the Tsongas Arena. It looks like the Burlington's second game against Malden Catholic will be Wednesday night. Game three will be against Xaveian on Saturday. Times for the second and third games have not yet been announced. 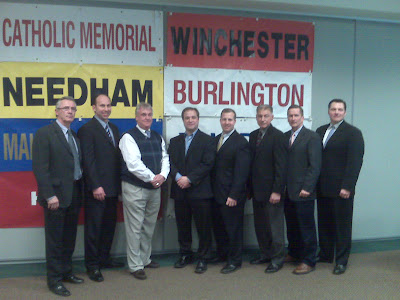 The Super Eight coaches. Coach Conceison, who is second from the right, is making his second trip to the Super Eight with a BHS squad. The first trip was 1993. 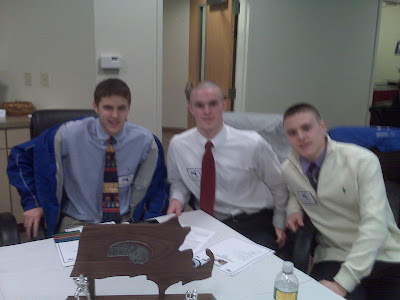 Our three senior captains are hoping to get their hands on some MIAA hardware.
It was a privilege for the Principal and Athletic Director to accompany our fine coach and captains to the Super Eight breakfast. We are proud of all of our winter sports teams and their accomplishments, but the excitement among the students, BHS alumni, and townspeople over the team's Super Eight appearance has been unbelievable. Many of those in attendance at the Chelmsford Forum on Monday night who were from outside of BHS have commented on the tremendous fan support that our team received. We look forward to another week of the same excitement!