Saikrishna Checks In From The Presidential Inauguration 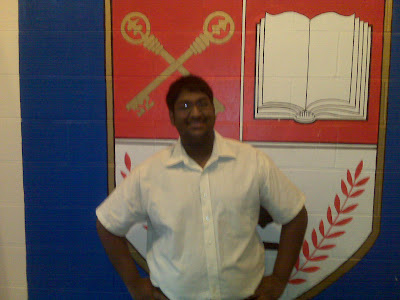 BHS Senior Saikrishna Kugabalasooriar is among a group of students attending the Presidential Youth Inaugural Conference this week. He was kind enough to call in from the festivities and to forward a still shot and a video clip from the mall. "What a day I had!" he exclaimed when it was all over.


Click on the play button to get a glimpse of the perspective that Saikrishna had about 100 yards from President Obama during his speech. 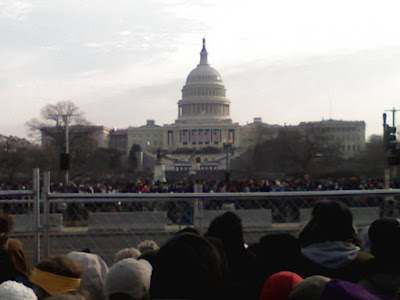 Saikrishna said that he was close enough to see President Obama's figure from his spot next to the James Garfield statue outside of The U.S. Capitol Building. As part of the lead-up to the festivities, he attended an event at the University of Maryland yesterday which featured speeches by Doris Kearns Goodwin, Lisa Ling, Al Gore, Colin Powell, and Desmond Tutu.