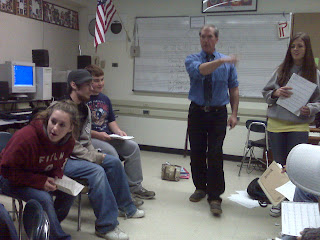 During a visit to Mr. Lovell's fourth period Music Theory class, I had the chance to hear an interesting conversation about chord choice in composing music. Following the short lecture, Mr. Lovell broke the class into two teams, one of seniors and one of non-seniors for a quick review game. Unfortunately, the non-seniors were hampered by the addition of the Principal to their team and were soundly defeated by the seniors. 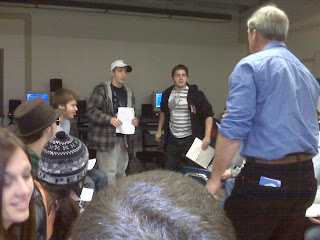 Two students square off as Mr. Lovell poses the question.
Posted by Unknown at 11:00 AM