Burlington Drug and Alcohol Task Force Weighs In on Question 2 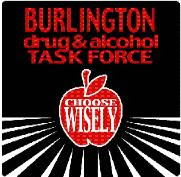 Massachusetts Ballot Question 2, is an initiated state statute that would replace current criminal penalties with civil penalties on adults possessing an ounce or less of marijuana. The initiative will appear on the November 4, 2008 ballot in Massachusetts.
The following is a letter from the Burlington Drug and Alcohol Task Force regarding Question 2:
At our bi-monthly meeting on October 14th, nine members of Burlington’s Drug and Alcohol Task Force engaged in a spirited discussion regarding the pros and cons of Ballot Question 2 on this year’s Massachusetts ballot, entitled “An Act Establishing a Sensible State Marijuana Policy.” This initiative would 1) decriminalize (not legalize) the possession of one ounce or less of marijuana and 2) make possession of this amount of marijuana a civil offense instead of a criminal misdemeanor, so that offenders would be issued a citation and required to pay a $100 fine but would avoid a criminal record.

There are, actually, some reasonably compelling arguments to support this initiative. The most notable is that, because marijuana is a criminal offense, an arrest and arraignment will automatically generate a record in the national CORI data bank (Criminal Offender Record Information) that will remain in the system even if the case is ultimately dismissed, as is often the case with first time offenses for youthful offenders in Massachusetts. Since CORI checks have become a routinely required procedure for everything from getting a job to volunteering at your town’s library, from coaching your child’s soccer team to accompanying your child on a school field trip, the long-term damage to people’s lives can be significant and perhaps out of proportion to the offense itself. In addition there is evidence from the eleven states that have decriminalized possession of small amounts of marijuana that there can be a notable savings of tax payers’ dollars by transferring enforcement from the criminal system to the civil system.
However after some careful consideration, Burlington’s Drug and Alcohol Task Force has decided to recommend to Burlington voters that you vote No on Ballot Question 2 on November 4. First of all, every one of us agrees that marijuana is a dangerous substance that does notable damage to our youth. In Massachusetts, marijuana is the fourth leading cause of drug-related emergency room admissions, after alcohol, cocaine, and heroin. Much of the marijuana that is being produced today is many times more potent than that produced 30 years ago. One ounce of marijuana is 28 grams, and the average marijuana joint contains anywhere from a gram down to ½ a gram per joint. Thus one ounce yields anywhere from 28 to 56 joints! (If you don’t believe that, try “Googling” the question “How many joints in an ounce of marijuana?”.) Secondly there is ample evidence that the frequency of marijuana use among youth has been measurably reduced in recent years, suggesting that our public health efforts are finally yielding some hopeful results, which we would not want to reverse.


And lastly we decided to trust in the wisdom of Massachusetts 11 District Attorneys, its Association of Police Chiefs, its Association of School Superintendents, and Mothers Against Drunk Driving, whom we consider to be the front-line figures in this struggle. They all oppose Question 2, and Burlington’s Drug and Alcohol Task Force has decided to support them. We hope that you will too, and vote No on Question 2.