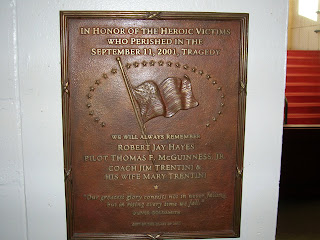 This morning Burlington High School commemorated the seventh anniversary of 9/11 with a moment of silence in honor of those who perished in the terrorist attacks on our country. We place a special emphasis on those four members of our school community who died on 9/11. Those four individuals who are honored with a plaque in the main lobby of our school are former BHS Coach James Trentini and his wife Mary, BHS grad Thomas McGuinness who was the co-pilot on American Airlines flight 11, and BHS grad Robert Jay Hayes. 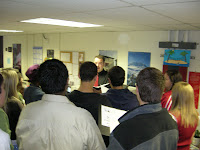 The BHS Select Singers under the direction of John Middleton opened our day with the National Anthem and God Bless America. 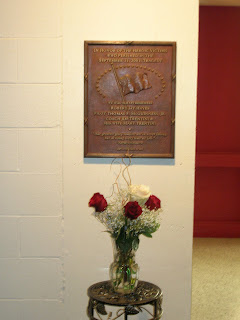 A vase with four roses is placed in front of the plaque each year on September 11th in memory of the four members of the BHS community who we lost.